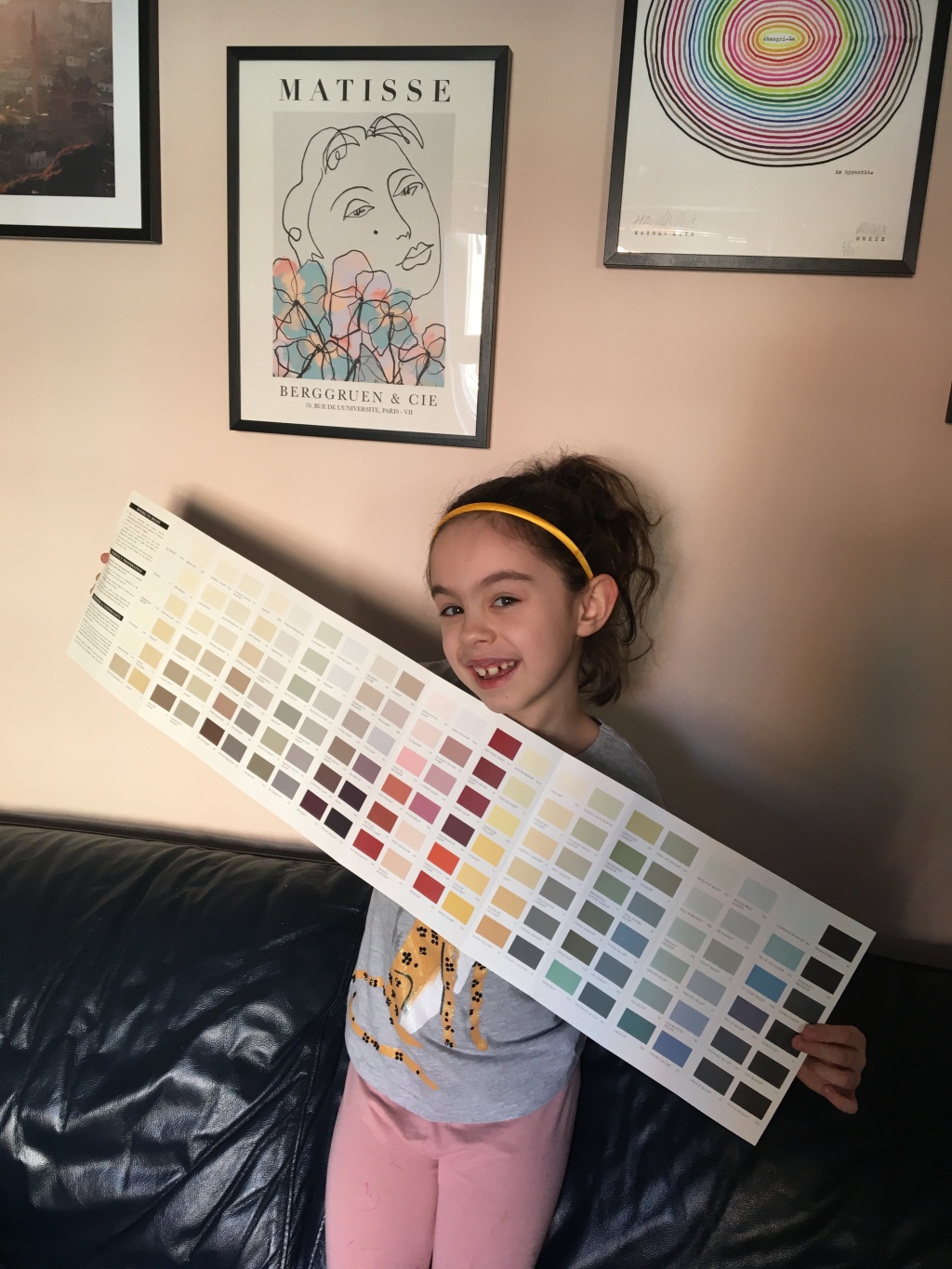 Like many households, we have taken to a spot of decorating during Lockdown. I say “we”, I’ve been the only one actually doing any painting. Joel keeps offering to help and I keep shooing him away. Not because I don’t think he can paint a wall, but because I relish the time alone. (I also don’t think he can paint a wall as well as I can, edges are fiddly and he hates fiddly.) Plus I enjoy it, he doesn’t. I put on podcasts and feel smug because I am improving our home and having “me time” all in one go. I can pass it off as “housework”. There’s also something therapeutic about the repetitiveness of the brush-stroke-motion. If it wasn’t so physically tiring it would almost count as self-care.

My most recent project has been the living room wall. I use the word “project” because the wall itself has been subject to debate on and off since we finished the kitchen wall, about two months ago. We could not decide on a colour. Both my partner and I would get the beginnings of a headache every time it was brought up. The wall became a symbol of our general indecisiveness as a couple. A nutty visual representation of how tricky it can be to, well, agree. We both respected each other’s wishes, and in doing so landed in a rather colourful limbo.

Our dear wall was covered in swishes and swashes of multiple testers; dark red, dark green, dark blue, bright blue, a sort of pinky beige clay colour. Neighbours would walk past our home and comment that “most people test several shades of the same sort of colour..not you guys..”. One friend peered in and assumed it was intentional. “I thought it was some kind of edgy abstract mural! I think you should leave it like that..”.Joel had to blank it out every time he walked in. As wacky as I like to consider myself to be, we made the joint decision to commit to a single colour. (Plus I already have my work-in-progress mural up on the landing, where any residual wackiness is freely expressed). My partner had a dark inky blue in mind, after finding a house he believed has “the nicest living room” in a similar shade. He passes it in the evenings during his Couch to 5K, when it’s dark but they haven’t yet shut their curtains. There were attempts to sway me, so I emptied out an entire tester pot of Farrow and Ball’s “Hague Blue”, covering a vast chunk of the wall. I wasn’t keen. Maia agreed it looked black. I decided to steer away from all dark colours. We tried a grey. Everyone seems to be going for grey. But it was just that, a bit, grey. We needed warmth.

I became obsessed with the Farrow and Ball website, much to Joel’s dismay. “You can’t go wrong. There’s not one naff shade” my cousin would tell me, her entire home a Farrow and Ball showroom.I got carried away. “Did your order £20 worth of tester pots last night?” Joel asks one morning, more confused than annoyed. How could we possibly need another four colours. Yes, I had. It was around 1am, I was feeding Leo and drooling over their glorious selection of pinks.Too exhausted to contemplate decision-making, I cheated and ordered all the shades in my basket, convincing myself they’d all get used somewhere in our home. Maia’s bedroom door could do with some sprucing. We found our winning shade. (Or, I’d successfully worn Joel down). After two long months of debate, we landed on the gorgeous, soft and calming: Pink Ground. It’s an off-pink really, bang on neutral. Joel claims to love it, even suggesting we have the whole room done. I quickly agreed before he changed his mind. (The more you stare at it the pinker it gets.) He is most likely just relieved the wall is finally finished and that he no longer has to squint at it. I am delighted with my handy work. My seventh wall and counting. 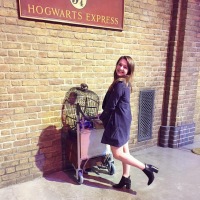 I escaped mothering duties for 11 whole hours… #TwasEpic
🧡
Year 2 Leavers Disco ✨
MEALTIMES. 😑
Happy 11 months my beautiful boy 💛
This book is SO GOOD.
Extract from latest column for @wokinghamtoday :
Got that box ticked yesterday. 😁
Leo slept through 90% of his Jolly Babies class yesterday. (This was taken 5 mins before the end..) He did the same thing on Monday at his HartBeeps class. 🤦🏻‍♀️
Happy Father’s Day to this crazy kid. You are the best Daddy this monkey could ask for 💙. And the best Step-Daddy to my darling girl. Thank you for all that you do. (But mainly the cooking. He cooks, most nights, when I really really don’t want to. And it’s highly palatable.)
This captures the current dribble situation quite well.
PART 2 of recent column for @wokinghamtoday :