“I think people are always full of surprises and that on the whole people do the best they can..
I believe what’s important is how you live rather than a set of beliefs.”

When I asked my Aunty if she wanted to take part in my interviews, I knew she wouldn’t be overly keen, as she’s quite a private person. But I also knew I had to interview her, because she’s one of the most unique and interesting people in my life and I knew she’d no doubt say something I’d want to remember.

My Aunty Ruth lives her life very differently to what we might call the norm. Her mindset is rather special. – She has very much gone down the road less travelled.

After graduating with a degree in Liberal Arts from Durham University, she went to Cameroon for a year to teach English. She then trained to be a teacher and taught English in a secondary school in London, before becoming a community worker. For many years, she lived with and took care of my Nanna before she passed away in 2002.

Poetry, drawing, painting and gardening are some of her creative pursuits and talents, but I’d also have to mention her Christmas and Birthday cards, because they’re always handmade (recycling old cards) and that makes them not only original but also environmentally friendly, top marks all round. – (She’s also very green).  Green, and politically sharp. – My Aunty Ruth has attended many Anti-War marches in London.

She regularly volunteers at an OXFAM shop and at Braziers Park, a community where residents share responsibility for running the mansion house, land, organic kitchen garden and livestock.  It’s a fascinating place, with lots going on – including yoga retreats – and volunteers from around the world. I’ve been several times and you never really know who you’re going to meet.

She lives just under an hour away, in a quiet village, surrounded by fields and farmland and says that outdoors is her favourite place to be.

1. Describe yourself in three words:
Thoughtful,  indecisive and fairly hopeful.

2. How’s your day? What have you been up to?
Digging up the compost, talking to Maia and chasing her around the garden…

4. Do you have a special morning or evening routine?
Get up, make a cup of tea, get dressed, I have a very brief exercise routine, a few twists and turns 5-10 minutes, then breakfast, clearing up, then what’s the major activity… it might be going to the shops, might be going to the Oxfam bookshop, Braziers to do the garden, letters to write or people to ring up, or seeing friends.

5. How do you unwind at the end of the day?
Probably have another cup of tea, watch a bit of television.

6. What do you watch?
The news, I usually go through three different channels to see whether there’s anything watchable. I like history programmes and documentaries.

7. What do you say to yourself to keep positive?
Well I think people are always full of surprises and that on the whole people do the best they can.

8. Who is your biggest inspiration?
Barack Obama is pretty good!
A lot of my friends of course!

10. What makes you so angry you can’t think about it for too long?
The war in Syria, inequality in the world, the waste.

11. What would you tell your 15 year old self?
Well that it’s important to laugh at some things.

12. What would be your dream career or careers?
Have a small holding.

13. What are you currently doing that relates to this dream?
Growing a few vegetables!

14. Have you loved being outside ever since you were little?
Yes I used to dig up worms for chickens!

15. If you could be one person for the day who would it be?
I’ll stick to myself that’s enough! I don’t think I entertain any other ambitions.

16. What is your favourite bit of life advice/quote/something you live by?
I suppose I’d go back to what I said about the need to be hopeful and try and feel compassionate really.

17. Any general life advice to younger people?
That an awful lot of things don’t matter very much.

18. When are you happiest?
I think just sitting outside in the sunshine and watching what’s happening around me. In the countryside, in a woodland.

19. What has been one of the happiest days or moments of your life?
Growing a good cauliflower.

20. What did you take from your University experience?
A few friends, lots of ideas, that’s all really!
I don’t value formal qualifications very much.

21. Three best things about living in the countryside?
It’s quiet usually, I love watching birds, I love the seasons.

22. Do you have any bad habits that you’re currently trying to work on?
Avoiding too much chocolate that sort of thing, being pessimistic.

23. What is one thing you love about yourself?
Well I try to be practical I suppose.

24. What is the best advice/guidance your parents gave you?
Well a sense of pursuing what is important rather than worrying about the things that are not important. Not worrying too much about possessions or appearance or status.

25. What is your perfect day?
I like sitting in cafes.

27. Would you have liked to?
Not really.

28. Would you have liked to have had your art work exhibited?
I suppose so.

29. What is one experience you think has helped shape you as a person?
Well I think when I was at school doing a project on world hunger, it was a wake up.

30. Five things that bring you joy?
My fire, my log fire. My garden. My view from my window. Cups of tea. Getting nice letters or calls from friends I suppose.

31. What are three things you’d change about the world?
Much more emphasis on disarmament. Strengthening the United Nations and stopping world trade in weapons.

33. So we could potentially be selling weapons to terrorists?
We’re not supposed to supply terrorist groups..but it’s very hard to know where these weapons are going, there are third parties involved.

34. Why doesn’t the government stop this?
It’s huge business for us. If you look up “campaign against the arms trade” on google…
One of the problems is the jobs argument, people that work in these industries. It’s not enough, you can use this argument to justify any crazy things. It’s not as simple that..
People think “the other side has weapons we need them to…” – You can see how it escalates.

35. What do you think of Trident?
I would say we shouldn’t put any more resources into renewing the system. Because of the harm, the dangers and the cost, its momentous the cost. But it’s essentially arguing with the mindset that justifies these things and thinks they are necessary and that’s quite a difficult argument.

36. If you could change the British education system, what would you change?
Oh gosh well I’d like more lessons outdoors! More informal groups, less pressure to pass exams, less emphasis on the national curriculum.

37. Would you have a curriculum?
I think I’d have a broad curriculum yes..

38. If you were going to volunteer for any charitable organisation which one would you choose?
I do a bit for Oxfam, not much.

39. Do you have a favourite book?
I did enjoy The Poisonwood Bible by Barbara Kingsolver

40. What did you want to be when you were little?
One time a policewoman and a farmer.

41. Name three things you’d like to say you did before you die:

Oh dear this is difficult…To confront something that I see is wrong without worrying about the consequences. To mend something. To paint another picture and a poem that I like.

42. People you’d most like to meet?
Friends I haven’t seen in a long time.

43. If you could travel to any time or place where and when would it be?
Just briefly into the Stone Age.

44. Do you have a  religion or spiritual practice?
I would want to try and see what all the major religions had in common and get the best of them all really.

I believe what’s important is how you live rather than a set of beliefs.

45. What are your biggest pet peeves about other people?
People on their machines the whole time. I’ve not grown up with it so it’s a foreign business to me really. The obsession with money and wealth and possession. The drive to have a very high standard of living can be destructive.

46. What is your proudest achievement?
Managing to go to Africa I was quite proud of.

47. What was the biggest challenge in Africa?
Trying to teach! It was hard to keep them motivated and interested,  they’d go to sleep at noon, it was just so hot.

48. What is your fondest memory from childhood?
I used to like talking to some of my teachers when I was old enough to be thought of as an individual. I’ve a fond memory of listening to the lapwings on the moors in Yorkshire.

49. What do you worry most about?
Getting old.

51. Would you donate it to charity?
Probably quite a lot of it.

52. What’s one thing you wish you knew how to do?
Manage the computer.

53. Where’s your favourite place in the world?
Yorkshire

54. What did you learn about people in Africa?
I think they probably seem to worry less than people in this country.

55. What did you miss the most?
Family

56. What is one thing all humans have in common?
They get hungry.

58. One thing you think about more than the average person?
The meaning of  life.

59. What did you learn yesterday?
That I mustn’t fall down the stairs.

60. What is your latest creative project?
I want to do a picture which has a poem written into it.

61. What is happiness?
*Smiles*
It’s about not striving. 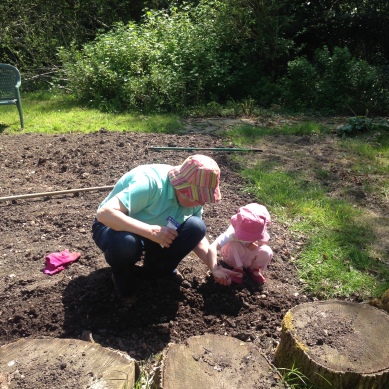 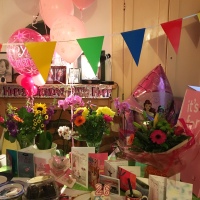 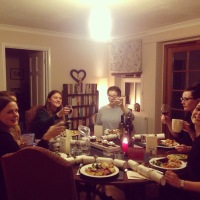 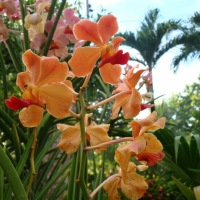