It’s been ten and a half weeks since the birth of baby Leo. He was born on a scorching Saturday afternoon in early August weighing 8lbs 10oz, which was a little larger than I was expecting. Maia, my seven year old was 6lbs 11oz, so I naively assumed that all my babies would be that small. I was brutally mistaken.
Relatively speaking, it was a woman’s dream childbirth experience. There were no complications, no one got stuck, and the enormous baby exited my body the way I’d envisioned. The room could have been a smidgen cooler, no woman should have to give birth in 33 degree heat. But then no woman should have to grab their partner by the scruff of their Biggie Smalls T-Shirt and demand to be “PUT TO SLEEP”.

I won’t go into the hour-by-hour of my birth story, but I will say it was faster and seemingly more painful than the first time round. Everything felt like it was on fast-forward from the moment we arrived at the hospital. (By this I mean I went from 4-8cm in about 90 minutes..).
I did not feel mentally on top of the pain one bit, it was terrifying. I’d done all the same preparation as when I had Maia, practiced all the breathing and visualisations. I skimmed through my birthing book, thinking I still remembered most of it. But every labour experience is different. And this one had me crying for my Mummy and less-than-politely requesting to be euthanised.

You don’t beg for things often in life but I clearly recall begging for an epidural. I think I wailed. Sadly at 8cm, they deem it a little too late for that now darling.
So after only a few hours, I stopped crying, pressed on with the old gas and air, got on my knees, and quietly* pushed my son out.
*I wish, I roared. Though more like a farm animal in pain than a majestic lion.
Then I did all the other things women do after they give birth.

Which brings me to now, ten and a half weeks later.
It’s 11pm and he is currently asleep next to me, which means I should really be asleep too. But I’ve been longing to write something, anything at all these last ten weeks, so I am being consciously foolish and tapping away regardless. (Which I know I will deeply regret in about three hours time when he is wide awake and just wants to hang out).

They say after you’ve had your first baby, after a little while you forget what it’s like. The memory of childbirth, the sleepless nights, countless nappies, it all becomes blurry and faded, hazed over with the passing of time. Over the months and years, looking back, none of it was really that bad.
I certainly feel there’s some truth to this.

I forgot the agony of childbirth.
I glazed over the sleepless nights.
I barely remember changing one nappy, let alone hundreds.

And now I’m back in the thick of it, I can say with some confidence, there is nothing quite like having a baby.

The adrenalin rush giving birth, the warm and blissful oxytocin-fuelled highs in the days after bringing your bundle home, the tears that would seemingly come out of nowhere. Then there’s the breastfeeding, which deserves a whole other blog post.

It’s day 75 and my partner and I have settled into a nice little rhythm now. He works during the day and is mostly at home, so helps out whenever he can. (Which is f****** brilliant because it means I can shower, put on laundry, grab something to eat, all knowing if Leo wakes up, I have a couple of minutes before he needs my boob). It also means he can shut down and be downstairs making dinner a minute later, no faffing with lengthy commutes. (He does most of the cooking whilst I flail about with a.) The baby b.) Maia or c.) My third child: The Laundry. )
Laundry has become a big part of my life. It’s a good thing I get a little kick every time I put a load on, and find the hanging-up part weirdly satisfying too, otherwise you’d think I was a bit sad. Some people travel the world. Others..do three loads of laundry a day.

The nights are a healthy mix of hellish and more-manageable. I’m exclusively breastfeeding which means Joel can help with the nappies, but not much else. (Unless we have a vomiting baby, in which case Joel is all over changing the bed, whilst I change the baby.) Mostly his job is to make me laugh.

If his work schedule is looking particularly tight the following day, he’ll sneak upstairs (with my permission) to our old bedroom for a good six hours straight shut eye. (For the record he does this reluctantly and I have to really reassure him I won’t be at all resentful. We share the household and parental responsibilities as much as possible, but only one of us has a pair of tits, so there’s really no need for him to lie awake whilst I toss and turn changing breastfeeding positions. Plus the man has to do work-things like write emails, construct tricky sentences and make chit-chat with clients. This is demanding even with eight hours sleep.)
Although I reassure him I won’t be resentful, there’s still a part of my brain that absolutely is. I am working on this. I ache in the morning from being an Open-all-hours-Golden-Milk-Dispenser all night. And sometimes I miss the foetal position.

I can’t complain though, I’ve managed to get out of doing the morning school run. (This was achieved by rigidly claiming I simply cannot leave the bed after such broken sleep, and school drop off does not require the whole family anyway.) I rise as late as possible to get Maia up and changed (and often to change Leo’s nappy too, parenting is largely just changing people’s clothes and making sure they’ve peed) then I quickly retire back into bed.
Then at around 7:55 Maia will come to my bedside so I can tie her hair up. Joel is capable, but she prefers if I do it.
Then they leave for school and I try with all my might to return to sleep. Sometimes Leo won’t let me, other times I’ve foolishly put something in the diary that requires me to stay awake.

75 days in, touch wood, it’s going as well as it could be. Baby Leo has settled right into our little family and neither of us can remember what life was like before he existed. (This is of course a complete lie, I remember exactly what life was like, we both slept reasonably well and occasionally I did some exercise. Neither of those things happen now.)

Our little darling truly is a bundle of joy (when he’s not shitting on my arm or crying from the bedroom when I’m trying to relax into a wee) and yes we can remember a time before him, its just so much more fun with him. 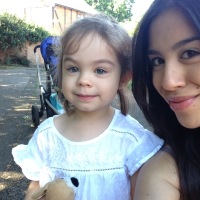 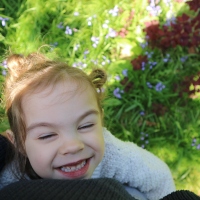 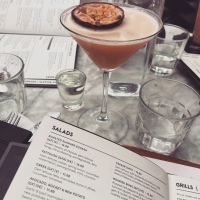