It’s official, our darling boy is walking at last. (Not that we’ve been impatient or anything..). He’s still adorably hesitant and it only takes a brief gust of wind to knock him over, but his steps are frequent enough that we felt it was time to acquire the adequate footwear.
I think Joel was more excited than I was to buy Leo’s first pair of shoes. (Probably because I’m eight years more accustomed to the ludicrous cost of children’s footwear.)
“We’ll have to wait till Saturday, I want to be there! We have to take photos!”
I was quietly delighted, we differ on many things but documenting the children’s milestones is not one of them. I just didn’t realise a first-shoe purchase was a milestone.

We went along and Leo wriggled and whined on Joel’s lap as the shop assistant attempted to take his measurements. This wasn’t the happy photo we were imagining but I snapped away anyway. When the shoes were finally on, it appeared our boy had forgotten how to move. What were these strange things attached to his feet? What was the need for them? He took a few wobbly steps sustaining a look of deep concentration. A lot of frowning. This was serious stuff.

“He er, walks a bit differently at home..” I said, picturing him happily tottering up and down our kitchen with a tad more haste. It didn’t take long and a minute later he had his usual toddle back. I made about four videos.
£58 later (we bought two pairs) we left Clarks feeling simultaneously triumphant and hard done by. I believe the trainers I was wearing at the time were cheaper than my son’s new shoes. I was going to make sure he wore these daily.
Keen to test out the new investments, we walked from Clark’s all the way to Gail’s. This took approximately twenty-eight minutes. I’ve never paid so much attention to the pavement. Or to the pace and location of other pedestrians. I’m now forever fearful he’s going to be knocked over.
“I wish the ground was made of mattress.” I muttered to Joel as we comforted a tearful Leo after a fall.

Still fearful but equally excited by this new phase, I decided it’d be fun for us to walk from the car to collect Maia from school, a short journey I’d normally do with Leo in his pushchair. It is not, in fact, a short journey for an eighteen month old. It is a very very long journey. When it soon became clear this was not going to be particularly efficient, I scooped him up and carried him the rest of the way. (This was not well received.)

Thankfully Maia still enjoys seeing Leo walk, so when the rest of the school had vacated the area, (you wouldn’t have known it was a school day) we took our time meandering back to the car. Meander being the key word. Because of course toddlers don’t follow the path. Explorers by nature, they want to go where they’ve never been, where the masses might avoid. Like the driveways and front gardens of strangers.
“No Leo that’s not our car…Not our lawn…NO LEO!”
Maia was admirably patient holding Leo’s hand and cautiously accompanying him at snail pace. She giggled as he took us off into yet another driveway and we attempted to guide him back.
“Come on Leo…this way!” She repeated.

As I put her to bed that night, I asked what her favourite part of the day was.
“Seeing Leo walking!” she replied without hesitation, as if the answer was obvious.
“Mine too..” I said.
Seeing the two of them walking together, hand in hand, really was the best thing. 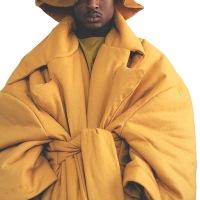